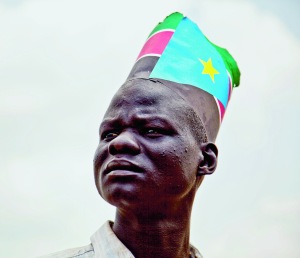 (ARISE magazine, issue 14) “All the world’s a stage,” wrote William Shakespeare. Now all the world is taking to the stage as London’s Globe Theatre presents Globe To Globe, an Olympian series featuring all 37 of the bard’s plays staged by 37 international theatre companies in 37 languages. Africa is represented by five productions: The Two Gentlemen of Verona in Shona by Zimbabwe’s Two Gents Productions, The Winter’s Tale in Yoruba by Lagos’ Renegade Theatre, Venus and Adonis by Cape Town’s Isango Ensemble, The Merry Wives of Windsor in Swahili by Bitter Pill and Theatre Company Kenya, and Cymbeline (right) in Juba Arabic by the South Sudan Theatre Company, the first-ever adaptation of Shakespeare into Juba Arabic. The season runs from April 21 to June 9.