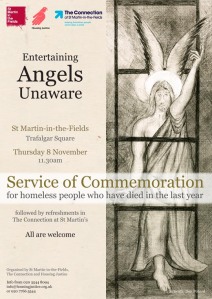 (The Pavement, 15 June 2012)  In 2009, a flurry of stories about Japan’s “net café refugees” filled the national media – including The Pavement. But the issue may be closer to home, with reports of homeless people sleeping in London’s 24-hour internet cafés.

However, while some internet café owners in Japan were reported as offering individual cubicles, hot food and ‘per night’ rates, not all of their London counterparts are as keen to have sleeping surfers. One owner of a 24-hour Leicester Square internet café told The Pavement that he has had to take steps to dissuade homeless clients: “We get plenty of homeless people here – that’s why I had to close [the section] downstairs. We had people every night – it was affecting business. I don’t know how they have the money. I think some of them have money but prefer to live rough.”

Another nearby proprietor has encountered a similar situation in his downstairs internet café: “We have regular customers who sometimes fall asleep – I don’t know if they’re homeless or not. We don’t allow users to sleep in the dark corners at the back any more, as one time there was someone still here when we closed.”

In December, The Irish Times reported on homeless people sleeping overnight in internet cafés in Dublin. An outreach team described the numbers as “small, but growing and significant”, with two 24-hour internet cafés in Dublin’s city centre pinpointed as being used by homeless people to sleep. One charges €10 per night and even advertises itself in a window poster as being “cheaper than a hostel”.

We asked street outreach teams in London if they have come across people sleeping in internet cafés. Mike Nicholas, communications manager at Thames Reach, says the charity’s London Street Rescue service and Street Outreach Response Teams (SORTS) have had no referrals for people sleeping in internet cafés. “For internet cafés to be viable long-term locations to sleep rough, they would probably need to be open around the clock,” he explains. “I suspect that only very central London locations would have such internet cafés and Thames Reach, which covers which cover 23 of the 33 London boroughs, doesn’t operate in London’s West End, which is looked after by other homelessness charities… Were you to have any information about locations, we would, of course, investigate in order to provide support to those homeless people.”

Feedback from St Mungos’ Westminster Street Outreach and Street Concern, gathered by Media Manager Judith Higgin, “was broadly that [there are] very few open access 24 hour internet cafés in the areas where we have outreach teams, that we’re aware occasionally of people who send emails from libraries to streetconcern@mungos.org asking for advice about their situation. But in terms of rough sleepers ‘bedding down’ in internet cafés this is not really something staff have come across.”

Liz MacEwen, senior communications officer at Camden Council, echoed this: “Although many of our clients do use internet cafés, this is not a problem that has been reported in the borough.” Online forums reveal a few hints from homeless users, such as the posting on a Yahoo forum by a homeless teenager who writes: “I’ve got nowhere to go because I’ve been thrown out of my house by my hysterical mother, so I was wondering whether or not there are Internet Cafés where I could stay till very very late… I’m 16 btw so will I be allowed to stay on my own? thank you.”